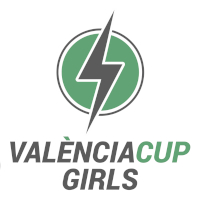 The Valencia Cup is one of Europe’s leading female football tournaments.

Played in Valencia, one of Spain’s most important cities, it sees some of the highest qualities games in female football across Europe. Every year 64 teams from more than 5 different countries take part into this prestigious events.

2019 marked the 1st edition of the tournament, with more than 500 female athletes taking part. Professional teams such as Levante UD and Valencia CF took part, and became champions of the maiden edition.

This tournament is perfect in combination with the Costa Blanca Cup, played in Benidorm the week after. Free transport between the two tournaments will be provided.

– Referee Abroad Membership;
– Accommodation for the entire tournament in 3 or 4 stars hotel in the city of Valencia;
– Full board across the week (buffet-style);
– Transport to and from games;

A place full of contrasts awaits the visitor with a charming old town next to futuristic buildings. This is Valencia, one of Spain’s most welcoming cities to spend a few days. Beyond the cultural effervescence of its cities, a stroll is always a good idea, or bathing at its Mediterranean beaches. Of course, you must try the star dish, paella (true authenticity!) and other delicacies.

The city lies on Spain’s southeastern coast, where the Turia River meets the Mediterranean Sea. It’s known for its City of Arts and Sciences, with futuristic structures including a planetarium, an oceanarium and an interactive museum. Valencia also has several beaches, including some within nearby Albufera Park, a wetlands reserve with a lake and walking trails.

A holiday for all.

Valencia counts on the presence of an important international airport, situated just 10 minutes away from the city centre.

The airport, while not the biggest, features a number of direct flights to most main destinations in Europe. Ryanair and Vueling have frequent flights to the UK, Italy and much of Europe, with increased frequencies during the summer season.

A metro line connects the airport to the city centre in just a few minutes.

Apply for the Valencia Cup Girls