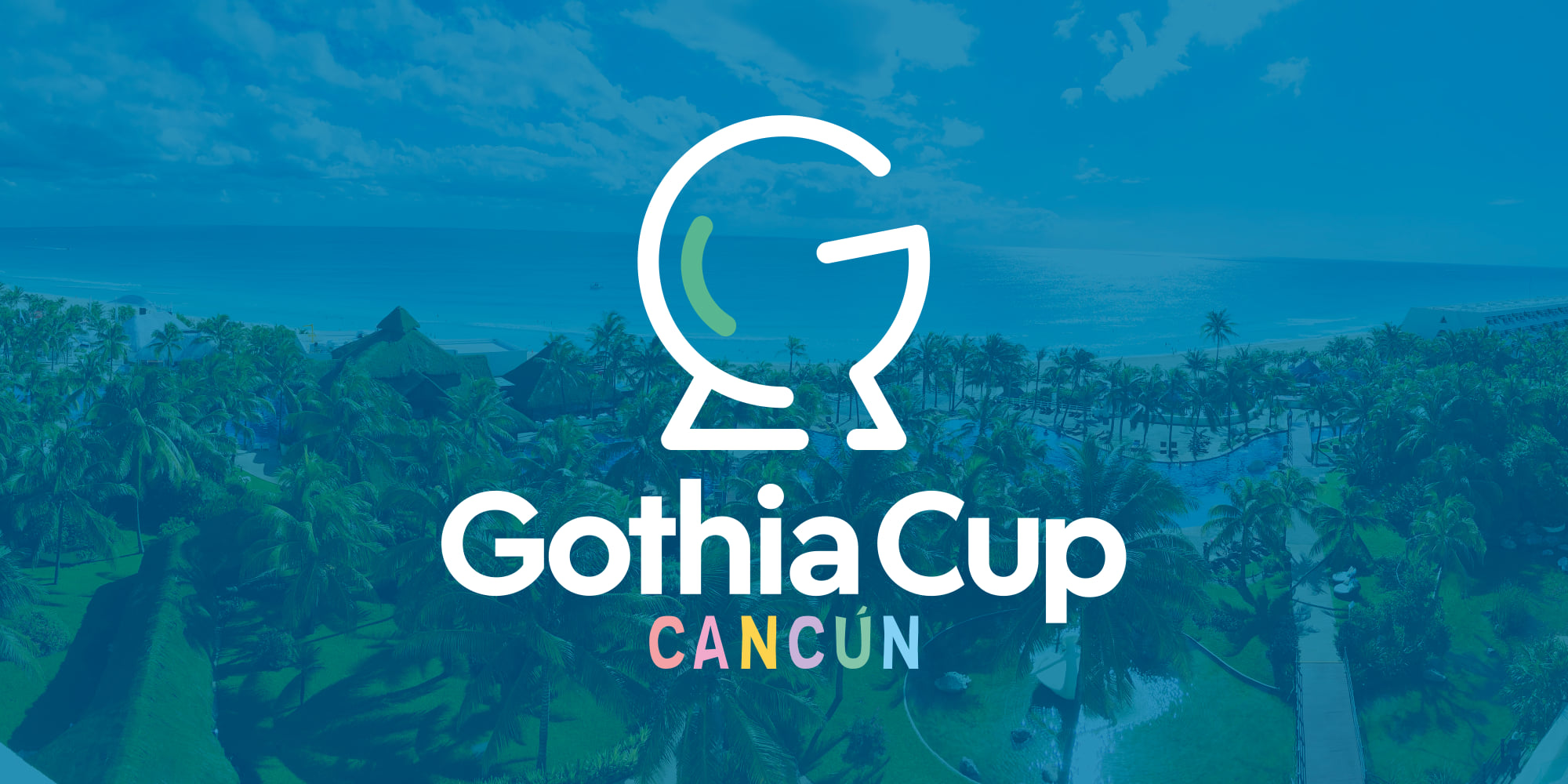 APPLY
Exact dates coming soon The Gothia Cup Cancun will be played in January 2023. The exact dates of the tournament will be announced soon.

After starting a tournament in China, Gothia Cup now arrives in Mexico for what promises to be yet another edition of this incredible festival of football.

It’s the teams, and participants from around the world that make the tournament unique. A meeting place for the world’s youth, irrespective of religion, skin color or nationality, with football as the common denominator. Gothia Cup was first held in 1975. Through the years, almost a million players from a total of 146 countries have participated in the tournament.

Join us in January 2023 on the beautiful beaches of Cancun.

All referees above the age of 18 are welcome to apply for the Gothia Cup Cancun.

All referees will be offered free accommodation, food and local transport during the tournament week.

Referees are responsible for paying for their own trip to/from Mexico. No payment will be offered for this tournament.

Referees for the Gothia Cup will be accommodated free of charge in in a hotel near the beach and based on referees sharing a room (double or triple occupancy). The hotel will be one catering to tourists, and have all the modern comforts.

The exact name of the hotel will be announced at a later date.

Cancun is a city in southeast Mexico on the northeast coast of the Yucatán Peninsula in the Mexican state of Quintana Roo. It is a significant tourist destination in Mexico as it lies on the Caribbean Sea and boasts a world-famous resort area known as Riviera Maya.

It is best-known for its white sand beaches, near-perfect weather, and bright blue waters. A bus or car ride away from Cancun are some of Mexico’s best ruins. you can make a day of touring the archeological sites of Xcaret, Xel-Ha, and Tulum, or head inland to Uxmal, Coba, Mayapan, and countless other ancient cities.

Another favorite nearby attraction is the island of Cozumel, which was once a vacation spot for Maya royalty. Although there are no extensive ruins on the island, the surrounding waters are protected and offer some of the best visibility for scuba diving in the Caribbean. You can access the island by taking a ferry from Playa del Carmen, or a take a 15-minute flight in a puddle jumper from Cancun.

Cancun International Airport is Mexico’s second busiest airport and is about 10km (6 mi) from south end of the hotel strip (Zona Hotelera) and 16km (9 mi) southwest of downtown.

One of Cancun’s best features is its transport links, as most major air carriers in North, Central, and South America, have services to Cancun. There are some extremely cheap charter flight deals available from the UK (from around GBP150) as well as commercial flight deals from several European carriers.

Another option is to enter Mexico through its main gateway, which is Mexico City’s International Airport (MEX) and then reach Cancun by bus or by means of a cheap domestic flight.

Apply for the Gothia Cup Mexico

The Gothia Cup Cancun will take place in January 2023. The exact dates will be confirmed shortly. You can already express your interest in participating.