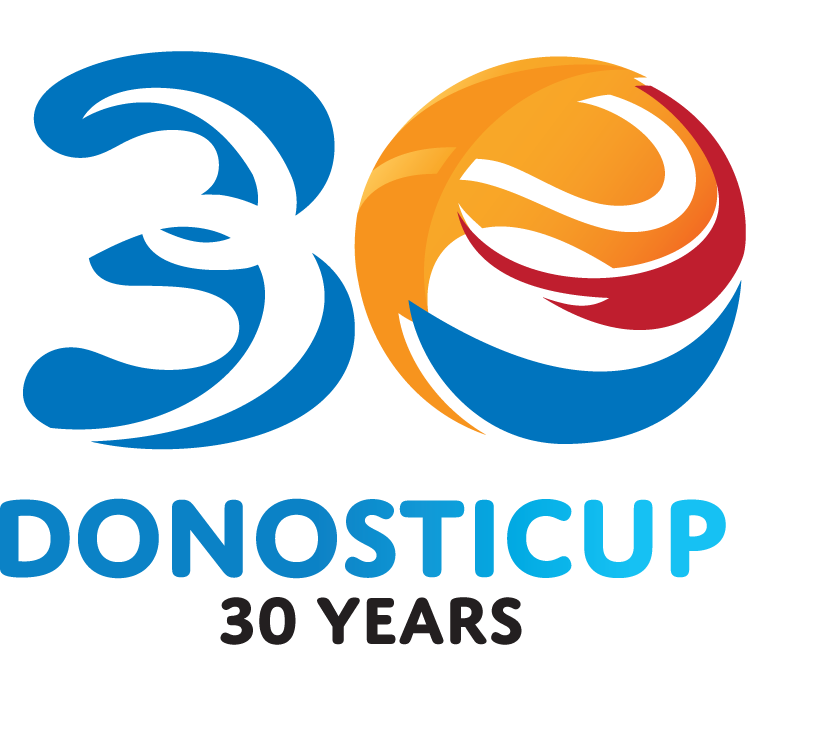 The Donosti Cup is Spain’s and one of Europe’s most important youth football tournaments. It takes place every year, in the second week of July, in the idyllic city of San Sebastián, incorporating both boys and girls football, from age 10 up to 19, including numerous teams from the USA, and various professional European sides. The likes of Atletico Madrid and Reading FC have participated in recent editions.

One of Referee Abroad‘s first partners (we’ve been working together for the past 10 years), it will celebrate its 31st edition in 2023.

Finals are played in the splendid stadium of the renowned Spanish outfit Real Sociedad providing referees with fitting finale to this tournament.

Since 2016 the Donosti Cup is a tournament belonging to the network of the “RA Referee Academy“. Referees selected for this innovative “refereeing” development project, and their coaches, will also attend the tournament. All other referees will get a chance to be seen by our Academy staff at least once during the week.

A total of 30 members from “Referee Abroad” will take part to the Donosti Cup. This number includes both referees and their coaches.

Referees will receive free accommodation (based on double occupancy) in a high-level university residence in the city of San Sebastian. They will also be offered free food during the entire event – breakfast in the residence, lunch on the pitches and dinner in the tournament canteen. Rental cars will be available free of charge for referees to drive around the city and to/from the pitches.

Referees will be assigned matches by the Academy representative at the tournament and will be expected to referee 4-5 matches per day, as referee or assistant referee (each match is 25-35 minutes per half).

All Referee Abroad referees and staff members will be accommodated in a university residence not far from the city centre of San Sebastian.

All referees will be accommodated in very comfy single rooms.

Participating in the Donosti Cup and Pre-Academy was really enjoyable and also great for my development. The opportunity to work with foreign referees and officiate teams from all around the World was what made the experience for me.

Donosti Cup was an exciting experience for me. I learnt a lot of new things about refereeing, met a lot of interesting people, saw a lot of new places, and experienced unforgettable moments in San Sebastian. Looking forward to future tournaments.

The Donosti Cup was an awesome event, where you gained lots of impressions and experience, but also made new friends. I highly recommend it to every young and interested referee, who wants to raise his hobby to a whole new level.