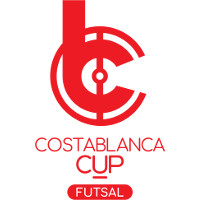 Since 2019, a Futsal tournament has been added to the main competition – The Costa Blanca Futsal Cup. It quickly became one of Europe’s leading youth futsal tournaments, and the most international one.

Played in top gimnasium in Benidorm and the surrounding cities of Altea and Calpe, it is an experience not to miss for any passionate Futsal referee.

– Accommodation for the entire tournament in 3 or 4 stars hotel in the city of Benidorm;
– Full board across the week (buffet-style);
– Transport to and from games;