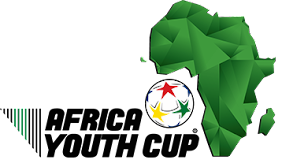 The Africa Youth Cup is an international youth football tournament for both males and females held annually in Cape Verde. It is the first tournament of its kind in the African continent, its maiden edition was in April 2019. The 2022 will therefore be the 2nd for this high quality tournament.

It is an initiative of Serahana Sports, Africa’s leading international sports management company, in conjunction with the Cape Verdean sporting authorities. The tournament has the blessings of the Federação Cabo-Verdiana de Futebol, the Sports Ministry of Cabo Verde, the Olympic committee, the municipality of Praia and São Domingos respectively. The competition is open to junior national teams, all football academies and feeder teams of clubs affiliated to national football federations.

Before organizing the Africa Youth Cup, Serahana Sports worked with Referee Abroad at many other international tournaments, such as the Ibercup or the Paris World Games. Tournaments Abroad will be the exclusive provider of referees for this elite football event, that will also contribute to the development of refereeing in Cape Verde.

Please note – while the 2022 edition is planned, as usual, to take place in Cape Verde, there is an outside chance it may take place in Nigeria instead.


Read the tournament magazine from the maiden edition.

Only 6 international referees will be selected for the 2nd edition of the Africa Youth Cup. The tournament, which will attract elite teams from both Europe and Africa in the U17s age category, requires very high standards of officiating. This means that only referees that are normally employed in professional or semi-professional leagues in their home countries will be considered.

Referees selected for the event will receive:

– Free accommodation in one of Praia’s finest hotels.
– Free meals throughout the duration of the tournament.
– Free transport to/from the airport and pitches
– A full free day to visit the sights of Cape Verde and enjoy the beauty of the island.
– A free referee workshop and training session together with the local referees from the Cape Verde FA.

All referees will be accommodated free of charge in a 4* establishment among the finest in Praia, the capital of Cape Verde.

The hotel for the current edition has been confirmed – it’s Hotel VIP Praia, which boasts a 8.7 rating on the famous website booking.com

The archipelago of Cape Verde straddles the continent of Africa in the Atlantic Ocean. The country is more westernised than the rest of the African continent and facilities for travellers are, by and large, better. With that being said though, the country still feels like an African destination. The fantastic music and the bustling markets in every city are clear signs that you are not far from the African coast.

Cape Verde is fairly difficult to spot on a world map, or even on a map of Africa, but the country has a lot to offer. Each island serves up a different set of attractions and reasons to visit and each island feels vastly different from the last.

Cape Verde can accommodate those seeking nightlife with its loud and vibrant music scene, it can please outdoor enthusiasts with its perfect and picturesque terrain for hiking or watersports. But if you are simply looking to relax by the sea, then Cape Verde can also fulfill you desires with its perfect golden sandy beaches or its healing black sand beaches. No matter who you are; Cape Verde will certainly appeal to you in some way, shape or form.

Praia is situated on the fertile island of Santiago and is the capital city of Cape Verde. The city, like many capitals, is the economic and political home of Cape Verde. The town is not as focused on tourism as many destinations in Cape Verde but it does have plenty to explore nonetheless. The old colonial buildings in the city’s old town are great for exploring in the sunshine and make for some pretty photo opportunities too. There are also churches, a presidential palace and the parliament building to be seen. If all the exploring and culture gets too much then there are, of course, beautiful sandy beaches.

Cape Verde has international airports on the islands of Sal, Santiago, Boa Vista and São Vicente. Connections to Europe, Africa, and the Americas. Not all the connections are visible to travel booking websites, it is usually worth checking with a travel agent.

It must be noted that a VISA is required to enter Cape Verde. It can be purchased on arrival at destination.

Apply for the Africa Youth Cup

The Africa Youth Cup 2022 will take place during the month of October. The exact dates will be known shortly.