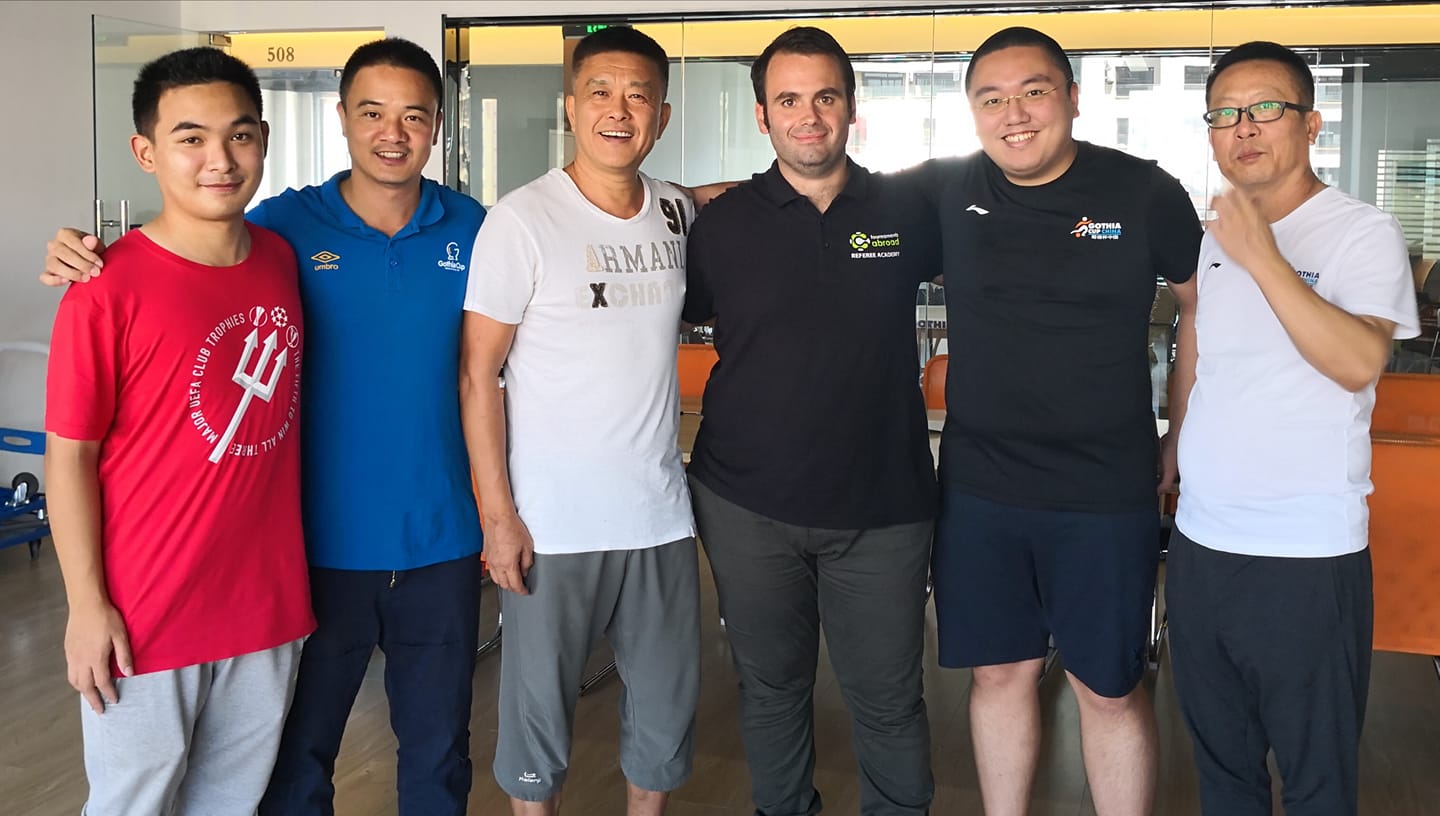 Referee Abroad participated to its first Asian tournament last year, when it joined the Gothia Cup China, China’s and Asia’s biggest international youth tournament. In the 1st year of participation, Referee Abroad sent a total of 50 referees to what proved to be a very well run tournament.

Today we are pleased to confirm that our Founder and President, Mr Daniele Curcio of Italy, has been confirmed as the tournament’s Referee Director for 2019. Mr Curcio (center, in black) will lead a group of around 100 referees from over 20 nations, and manage them during the event. He will work together with Chairman of the Referee Committee, Mr Hao (center, in white). The tournament will see the presence of around 350 football teams from 30 countries.

“I am very pleased to be able to continue to work together with the Gothia Cup China for yet another year, and hopefully many to come. I am extremely grateful to Mr Hao, chairman of the referee committee, and Mr Jeff Wu, tournament director, for entrusting me with this responsibility”, Mr Curcio said.

“The Gothia Cup China was a great success and I am looking forward to contributing to building on last year’s success to make this tournament one of the world’s best also from a refereeing point of view. Many referees have already expressed their interest in joining us in Qingdao this summer, and we are excited at the prospect of having a group even more international than last year’s one”.

The Gothia Cup China will be held in Qingdao, China from August 10th to August 16th 2019. Read more on the tournament page.