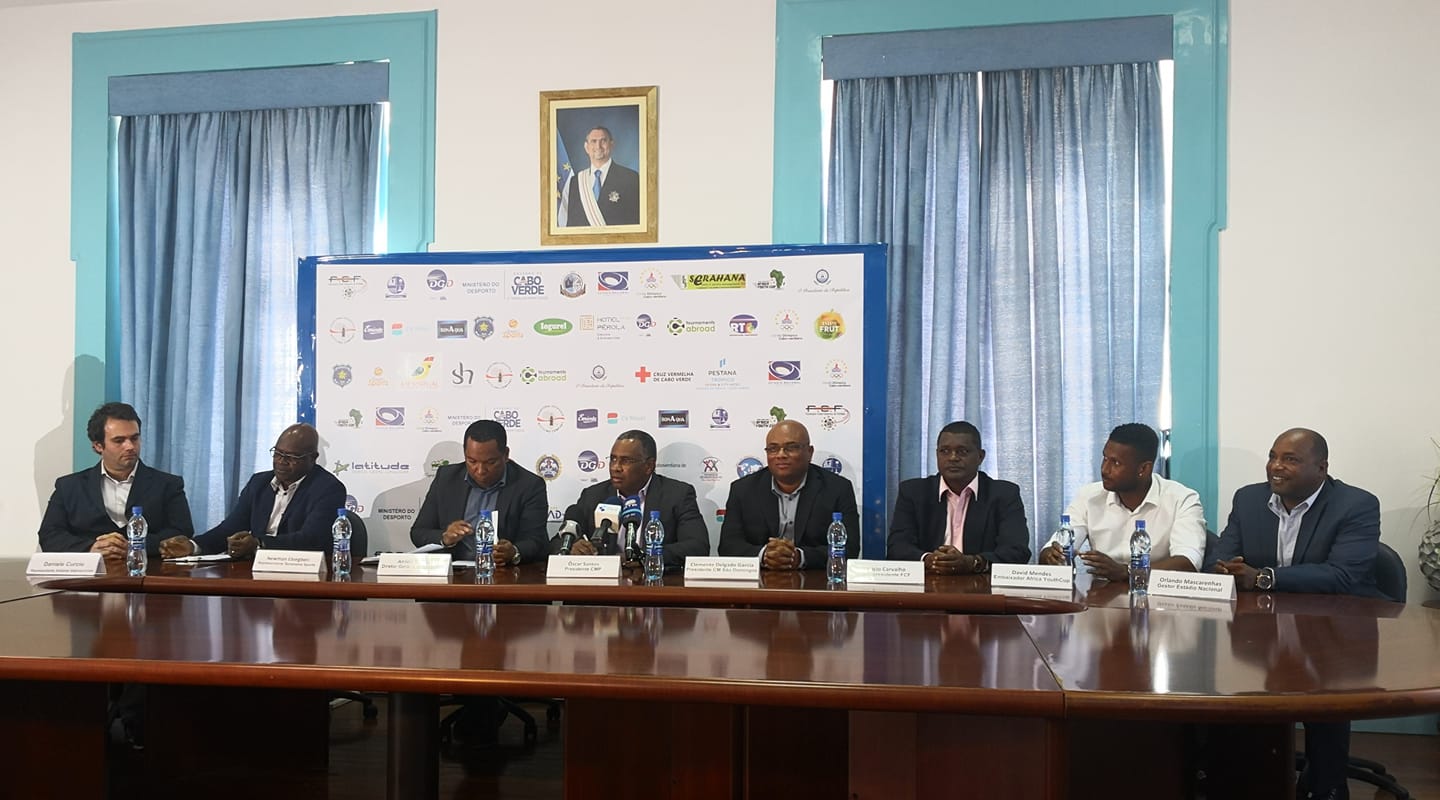 Our founder Daniele Curcio participated on March 4th 2019 to the official press conference that presented to Africa and the World the 1st edition of the Africa Youth Cup, the continent’s first ever international youth tournament.

The tournament, which will be held April 19th-27th in Praia, Cape Verde, will see the participation of 16 top-class Under 16s teams from Africa, Europe, Asia and the Americas.

Mr Curcio has also been appointed as the tournament’s Referee Director and Chairman of the Referee Commitee. Referee Abroad will participate by sending four international referees to the tournament, who will work in cooperaton with the local Capeverdean officials.

“I am honoured to be asked to manage referees at the first ever international tournament in Africa. I believe Africa is a continent with great potential, both from a refereeing and footballing point of view, and I hope to be able to contribute, with my work, to its success”, Mr Curcio said.

“I’ve recently met with the Vice President of the Capeverdean FA, and I am happy to say we have agreed on a roadmap to make the Africa Youth Cup one of the world’s elite tournaments, refereeing-wise. For the 1st edition we will have the pleasure of inviting to Cape Verde a top referee instructor such as Luciano Goncalves, President of the Portuguese Referee Association, and in the future we hope to set-up a Referee Academy within the tournament, to aid the development of the African referees of the future”.

The Africa Youth Cup will take place in Praia, Cape Verde between the 19th and 27th of April 2019. Read more on the dedicated tournament page.