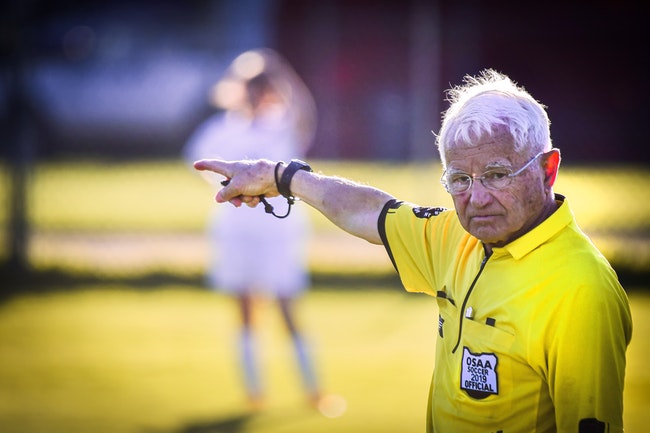 John Plechl is an American referee, from the state of Oregon. and has become a very well known face in the local refereeing community.

John is in fact 86 years old and is still an active referee.

Pleach was born in former Yugoslavia. After surviving World War II, he moved to Salem, Oregon and took up the whistle in 1964. Today he still enjoys refereeing youth games in and around the city where he lives.

At 86, he is one of the oldest soccer referees in the nation, maybe even the world.

During the peak football (or, in America, “soccer”) season John will referee one game each day, with the average lenght of a game being 1 hour and 20 minutes (2×40 halves). He also works out regularly at a local fitness center.

After having been a referee for 55 years, John doesn’t seem to have any intention of hanging his whistle yet.