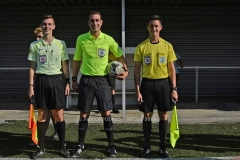 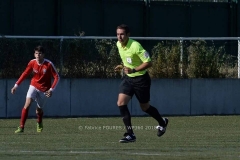 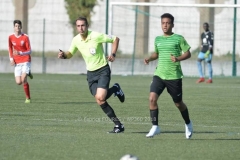 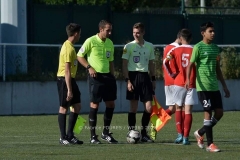 David Coote is a professional referee from England, currently active in the Premier League. He is also one of the coaches of the RA Referee Academy, our unique and innovative referee development project.

This past summer David attended, together with the rest of the Academy group, the Paris World Games where he observed and coached referees, and also conducted a number of training sessions.

David also refereed a game though. And what a great experience it was for two young referees from the Academy to act as his assistant referees. The lucky officials were Steve Janssen from the Netherlands and Nico Fuchs from Germany.

We are delighted to count on the support of David and many of his colleagues on the Premier League for our project. David is in fact the 4th Premier League official to have become involved in our tournaments after Chris Kavanagh, who also refereed at the Paris World Games; assistant Adrian Holmes, who frequently attends our Ibercup tournaments, and former FIFA referee Bobby Madley, who recently quit the Premier League to move to Norway, who also participated to numerous editions of the Ibercup.

We look forward to continuing working with David and his colleagues for many years to come!