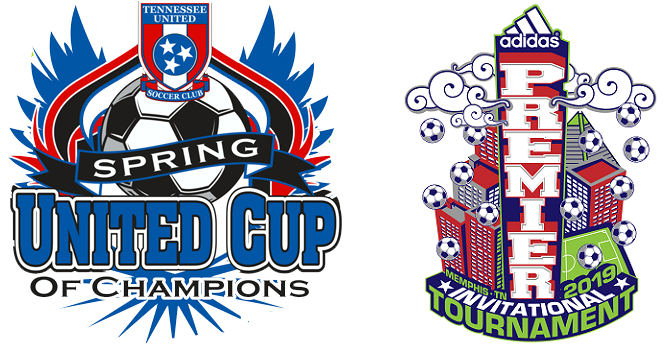 Tournaments Abroad has been offered the possibility of attending, with up to 20 of its referees, two of America’s premier youth tournaments – the Spring United Cup of Champions and the Adidas Premier Invitational. Both tournaments take part in Tennessee in the spring.

Referees selected for the Tournaments Abroad American Experience will attend both tournaments, with a four day holiday tour taking place between the two.

– Refereeing at 2 of the leading tournaments in the country
– Hotel accommodation at both
– Organised tour in the 4 days between each tournament including car rent and accommodation, plus entrance to the leading sights in Tennessee, America’s music state.

The tour costs approximately €650 per person, which includes:

Referee should:
– Be over the age of the 18 at the time the tournaments take place;
– Have a minimum refereeing experience of 2 years;
– Be from a country that does not need official invitation to get a VISA to enter the United States, as this can’t be arranged at the present time due to short notice

All referees selected for the events will be entitled to, during the tournaments:

The cost of the Referee Abroad American Experience is detailed in the Tour tab.

Until all paperwork is approved your participation will not be officially confirmed.

The Referee Abroad American Experience includes not only two high quality tournaments, but also a tour in between the two tournaments for all referees involved. Here’s a full outline of this fantastic experience:

The details of our Tennessee Tour will be posted in due course. They will however include visits to both Memphis and Nashville, as well as other leading sights in the area. The cost will be approximately €650. Contact us for more details.
Meals and petrol costs excluded.
Accomodation

As part of the Referee Abroad American Experience, accommodation is provided throughout. The accommodation details will be provided at a later date. During the tournaments these will be higher end hotels while for the 4 day tour we’ll stay together in an apartment-style accommodation.

Referees can travel to one of Tennessee’s or Georgia’s international airports.

We suggest referees to fly into either Nashville or Memphis.

Travel should be coordinated with the Tournaments Abroad representative attending the tournament.

Nashville is usually called the “Country Music Capital of the World” or more often “Music City, USA”. The music you can find in Nashville is various; major rap artists and rock bands (Young Buck, Haystak, Kings of Leon, Paramore, and Ben Folds) claim Nashville as their hometown. Nashville is quickly becoming a fun and enjoyable American city, and is drawing the most tourists from out of the country out of any city in the United States. Here you can visit many attractions including the Country Music Hall of Fame and the Grand Ole Opry, as well as many museums and historic sights.

Memphis is the second largest city in the state of Tennessee and the second largest metropolitan area in the state after Nashville. The city’s claims to fame include Graceland, the mansion Elvis Presley lived in during his later years. Maybe more importantly, Memphis is considered by many to be the home of blues music. Memphis is an older city that has been through a lot. With that said, the city has developed a rugged yet, colorful sense of character that locals identify with. A lovely mix of old and new, Memphians have worked hard to build a vibrant community while keeping the city’s old-time charm. Memphis has much more to offer than just Graceland with its lively neighborhoods and constant renewal. During the tournaments Memphis will host one of America’s top music festivals, with shows along world-famous Beale Street every night. A must see!

– Refereeing at 2 of the leading tournaments in the country
– Hotel accommodation at both
– Organised tour in the 4 days between each tournament including car rent and accommodation, plus entrance to the leading sights in Tennessee.

The tour costs approximately €650 per person, which includes:

Please notice only referees over the age of 18 and from countries that DO NOT need a VISA invitation can apply for this tournament.

Preference will be given to referees who can attend both tournaments.

If a checkbox (saying “yaadilani”)  appears, please tick it to confirm.