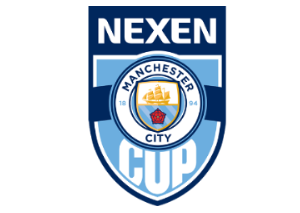 The Manchester City Cup is one of America’s elite tournaments. Organized by the organizers of the San Diego Surf Cup during the Memorial Day weekend, it’s played in the same sports installations as the Surf Cup in Del Mar and Oceanside, close to the famous Californian city.

Named after the famed English Premier League football club, it sees the participation of teams age 15 and up in different levels and brackets, among which is the “Super Group”, an invitational mini-tournament with professional teams only among which, of course, are Manchester City who come every year from England.

The tournament attracted a total of 422 teams last year, among which were a number of big global clubs the likes of Club Tijuana, Club America, San Jose Earthquakes, LA Galaxy, Seattle Sounders and Tottenham Hotspur. With the ever growing popularity in football across the Atlantic, the tournament gained over 40,000 visitors, staged across two sites and 48 pitches.

Given the high quality of the event, only referees who are Level 6 and up (on the English scale), or international equivalents, will be considered.

Referees who are Level 6 or up (on the English scale), or of equivalent level in foreign countries, and who are 18 years of age or over are welcome to apply for the Manchester City Cup. Only non-American referees can apply via Tournaments Abroad.

The tournament offers free accommodation (in twin rooms) from the day before the start of the tournament, until one day after the end. (referees are responsible for any expense if they stay extra), as well as free breakfast (in the hotel) and lunch (on the fields). Free water and Gatorade are offered on the fields.

Referes will instead be responsible for getting to/from the pitches. If a group is organized, renting a car might be the most viable of ways to get there given the lack of public transport in the area.

Referees will also receive a stipend, depending on the number of games they officiate.

Please note – in order to receive money from the tournament, you’ll need to apply for the appropriate VISA (B1/B2). People who travel on the “Esta program” (visa waiver) will not be paid.

All accepted referees will be accommodated free of charge in hotels in close proximity to the fields in either Del Mar or Oceanside.

Referees will be able to check-in on Friday, and check-out on Monday.

Referees can expect free accommodation based on double or triple occupancy in the same room. Hotels are of high standard.

While hotels change every year, in previous editions referees were either lodged at the Doubletree by Hilton Del Mar or at the San Diego Marriott Del Mar.

San Diego is a large and pleasant coastal city right on the Pacific Ocean in Southern California. It’s home to 1.3 million citizens and the second-largest city in the state with many universities and good swimming beaches. It’s also known for its ideal climate, bio and communications technologies, long history, nightlife, outdoor culture and ethnic diversity.

The city sits just north of the Mexican border, across from Tijuana. Though a large city, San Diego has a somewhat slower paced atmosphere and, when visiting, some may find it provides a soothing break from the typical hustle-bustle of a city of its size.

The San Diego area can be an incredible place to visit almost any time of the year, with its mild Mediterranean climate. With coastal temperatures around 75 degrees (24°C) most of the time, the weather is ideal, with very low humidity.

San Diego International Airport is the closest airport to downtown San Diego and is served by most of America’s main airlines. Direct flights from Europe are also available, albeit at a higher price, and are operated by British Airways (from London Heathrow), Condor (from Frankfurt, seasonal flight) and Lufthansa (also from Frankfurt).

A better (and cheaper) option to reach South California would be to take one of the many direct flights to Los Angeles, and reach San Diego by either bus, train or rental car (with the latter being the best option, if travelling as a group).

Flights are also available from pretty much any major city in the USA and Canada, should you want to look for a trip involving a layover somewhere.

“At 18 years old I took part to the ManCity Cup, It was the first youth international tournament in my life! It was a great experience to live and referee for a week with other officials from different countries! The organization was amazing and the weather in California is just perfect to enjoy and have fun! Greetings from Costa Rica”.

The experience of embracing the USA’s take on football showed a very different style of game from what we are used to in Europe. This, I felt helped add depth to my knowledge of the game. It was also great to see such a high standard of women’s football at this tournament, it made it a pleasure to officiate in every game we took charge of.