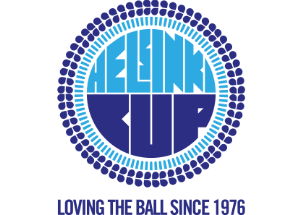 APPLY
Please Note Due to the coronavirus pandemic and the rules enforced by the Finnish government, the 2020 edition of the Helsinki Cup is being played only with Finnish teams and referees. Applications are now open for the 2021 edition.

Helsinki Cup has been organised since 1976 and the tournament has established its place as a significant part of summer in Helsinki. In 2021, it will celebrate the 46th edition of the tournament, the exact dates being the 4th to 10th of July.

For such a huge tournament, many referees are needed. Around 300 referees from all around Europe come to Finland every summer to take part into the Helsinki Cup.

Referee Abroad sent referees to many editions of the Helsinki Cup, having resumed its cooperation with the tournament most recently in 2018.

Referees selected for the Helsinki Cup will be paid game fees according to the number of games they referee, and the age category. Referee Abroad will pool all match fees and then divide them equally among all referees in the group.

Due to the Finnish tax law, referees can earn up to the amount of their travel expenses + 40/day. Any amount that exceeds this total will be taxed 30%.

Referees will be accommodated in schools, at a cost. Please refer to the “accommodation” tab for all details.

On top of this referees can expect:

– Three meals per day (breakfast at the school, lunch and dinner on the fields);

– Own coordinator to help with questions and problems;

– A lot of fun memories.

Most games will be played Mon-Thu. All games are played with just one referee, except for semifinals and finals.

All referees over the age of 16 are welcome to apply for the Helsinki Cup.

Please note – if you are under the age of 18 you will need to travel with a responsible adult or have a full waiver signed by your parents/guardians sent to us before you travel.

As mentioned in the tab “Referee Info”, all referees from Referee Abroad will be accommodated in the same room in a local school. Mattress and/or camp beds will be provided, but please bring your own sleeping bag and pillow.

The cost of accommodation is €25 per night with the total amount being taken from your game fees after the tournament. The price also includes breakfast. Other meals will instead be served in the tournament canteens spread around Helsinki.

Helsinki is the capital of Finland. Founded in 1550, the “Daughter of the Baltic” has been the Finnish capital since 1812, when it was rebuilt by the tsars of Russia along the lines of a miniature St. Petersburg, a role it has played in many Cold War movies. Today, Helsinki pulls off the trick of being something of an international metropolis while still retaining a small-town feel. The best time to visit is in summer (exactly during the Helsinki Cup), when Finns peel off their overcoats and flock to outdoor bars and cafes to enjoy the sunshine.

Surrounded by sea and a vast archipelago, Helsinki is at its best in the summer when the dialogue between the city and nature is at its fullest. Classical Helsinki’s sights can be divided into an eclectic set of churches and a wide variety of museums.

All international and domestic flights land at the compact, modern and airy Helsinki-Vantaa International Airport (HEL), which is located in Vantaa, 18 kilometers to the north of the central Helsinki.

Most major European airlines fly to Helsinki, and the airport is also the hub for Finnair, a One World alliance member.

Another airport not too far from the capital is Tampere International Airport (TMP), about 2 hours away. It is served by low-cost carrier Ryanair.

The Helsinki Cup 2019 was one of the best experiences of my life. I met some incredible people, who helped me enjoy the week and I also officiated at some fantastic pitches. Helsinki is one a beautiful city too.

I had the pleasure to take part to the Helsinki Cup in 2018. In short, the experience is something you cannot buy. I really had a great trip and made some top new friends. I hope to be back soon.

My experience at the Helsinki Cup was truly incredible. There was a great relationship and bond between the referees and that was just great! The games were also of an excellent standard.